I’ve been debating how often to do these “What I’m Reading” posts — once a month, every other month, every 3 or 4 months, every 6?  The problem with waiting too long is that I tend to forget my initial impressions about a book and then I have to refresh my memory… and then the post can also run long and then it’s a long list to slog through as a reader.  Hmmmm… I’ll have to think about it.  Anywhoo, here are the books I got through at the end of 2017:

I’ve lost track on which number Mitford book this is… but it’s obviously a torch-passing novel.  The population of Mitford, NC, is aging and passing away.  Father Tim’s adopted son Dooley and his newly acquired family take up most of the narrative of this novel – the vet clinic needs an infusion of money, but Dooley is too busy to take on new work; Lacey has a painting commission that might pay their bills, but she’d have to move temporarily to California to do it.  And Jack is looking forward to an important event of his own…  My only criticism of this book is that, with the switching back and forth of the POV character, you don’t always know whose POV you’re reading through. But it’s a soul-refreshing read nonetheless. 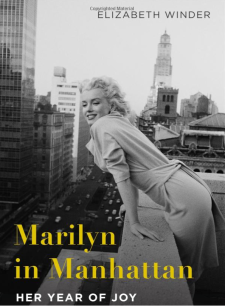 Marilyn in Manhattan: Her Year of Joy (Elizabeth Windor, 2017) Amazon

In 1954, Marilyn Monroe – arguably the most famous, most photographed woman in the world – stepped away from the limelight and glitter of Hollywood and took up with the artists of New York City.  In Manhattan, she can take acting classes with Lee Strasburg, dance with Truman Capote, and start a new production company with photographer Milton Greene.  Well-researched, this sliver of life shows the layers of complexity to a troubled but brave and talented woman.

One of those books that tells the narrative at both ends – as a storm approaches in 1938, and how the story started in 1928… Lily Dane has returned to her socialite family’s summer home on the picturesque coast of Rhode Island, where she suddenly meets the man who broke her heart ten years ago .. with his new wife.   A clever narrative that comes to a disappointingly clean ending – all loose ends neatly tied in a bow – it’s a fun summer(ish) read but not much else. 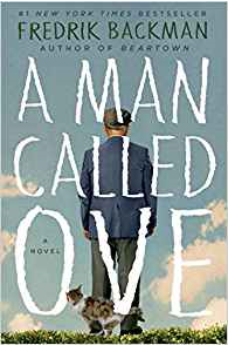 This is the grumpy old man from Up! – a curmudgeon who misses his late wife, but every time he tries to commit suicide so he can be with her, something gets in the way:  a mangy cat stuck in the snow, a new neighbor next door that needs to go to the hospital, and old friend who needs a favor.  Reading this, I literally laughed out loud in spots, and cried real tears in others.  A beautiful, heartwarming & heartbreaking book that I couldn’t put down.

The Times We Had: Life with William Randolph Hearst (Marion Davies, 1975) Amazon

I picked this up in the Hearst Castle gift shop.  A quick read covering Golden Age of Hollywood actress Marion Davies’ life with the publishing czar, you find details of their famous costume parties, equally famous guests, and their scandals.  Fun to read and look through all the pictures of the famous people of the time.

Lucy Maud Montgomery (Maud to her friends and family) is one of my favorite authors of all time.  She wrote Anne of Green Gables (among other things).  Her journals are no less delightful – written with her decided knack for story-telling, this volume covers the period of her life when she was striving for success with her pen, all while either teaching in rural one-room schoolhouses, or looking after her aging and reclusive grandmother.  You’d be surprised how much happens in a country life! 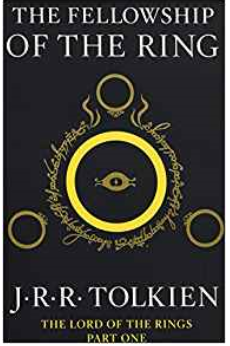 It’d been a long, long time since I read any of the Lord of the Rings, and I wanted a bit of poetry with my drama.  This is the lightest of the 3 LoTR books, and I admit I enjoyed refreshing my memory on the bits I’d forgotten, like Tom Bombadil and the finer details of the sojourn at Rivendell. 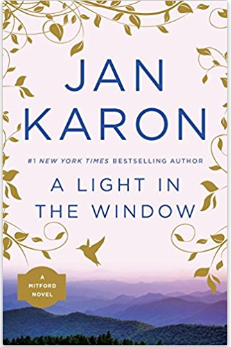 Will he or won’t he?  Father Tim needs to screw up his courage and ask his attractive lady neighbor to marry him, but can he?  But then there’s also the construction work on new retirement home Hope House – and it’s overworked, alcoholic supervisor – and his enigmatic cousin Meg from Ireland has moved in upstairs – and he’s supposed to be researching boarding schools for the teenage boy Dooley he’s taken in….  For such a small town, there’s always a lot happening in Mitford!

This series is no longer canon for the Star Wars universe since the new movies came out.  But this is the far better story!! It’s set 5 years after Return of the Jedi – Han & Leia are expecting twins all while trying to set up a new government after the fall of the Empire.  Luke is trying to figure out how to be a Jedi Master when his own training was so fragmented, but what if he’s not the last Jedi?Meanwhile, the remnant of the Imperial fleet is about to stage a comeback thanks to the tactical genius of one Grand Admiral Thrawn….